Welcome to the Directorate of Laboratory Medicine blog. Here you will find all the latest news and informaiton relevant to the directorate and its services.

Following an exercise to re-assess the reference ranges for FBC parameters, these will be changing on Monday 7th November . These will be updated in Clinical Portal, PICS and ICE. Please follow the link for a copy of the new ranges

Please note request forms have been updated for ADAMTS-13 and Heparin Induced Thrombocytopenia (HIT) Screen. They can be found in the Downloads page or in a link from the Test Database section. These tests are performed at Queen Elizabeth Hospital, Haematology Laboratory.

As of 10th November 2021 we are no longer offering a Diphtheria antibody testing service.

Currently all outstanding samples received but not reported have been stored. These samples can be returned to the requesting laboratory if required. Please contact the laboratory by telephone (0121 4241705) or email (This email address is being protected from spambots. You need JavaScript enabled to view it.) providing sample details and a return address/contact.

Any future samples received may only be stored for a limited time period, so we would advise arranging direct transport to alternative referral laboratories if required to avoid delay.

In line with changes to guidelines for reporting and monitoring HbA1c levels, from the 1st June 2021, the HbA1c DCCT % result will no longer be reported, only the IFCC  mmol/mol result. This applies to any HbA1c test being processed at Heartlands, Good Hope or Solihull laboratories and will standardise reporting across the UHB laboratory network.

Due to the current demand on all Pathology services in relation to the Corona virus and the impact on processing samples some non-urgent tests may see a delayed turnaround time. Please be assured that this wil not impact on urgent requests.

There has been an unexpected delay in the analysis of routine urine samples. This has led to us having to reject a number of samples for analysis.

We have been working to determine exact stability of each analyte and have found urine albumin to be less than had previously been established which has contributed to the  increased the number of samples we have had to reject. We would like to apologise for this delay and any inconvenience it may cause for you and your patients.

Please be assured that this incident has been fully investigated and processes have been put in place to stop such an incident occurring in the future. 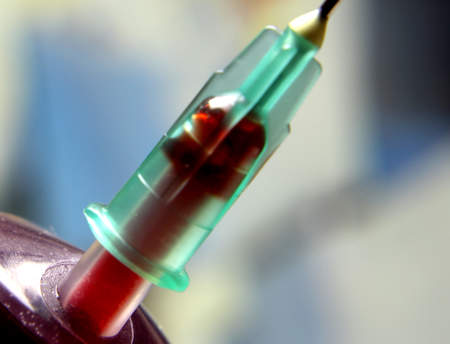 On the 1st October 2018, the current UKAS accredited Blood Group and Antibody screen offered by HGS laboratories will no longer be performed on the Biorad blood grouping analysers. We are currently in the process of validating the replacement Grifols blood grouping analysers. An extension to scope has been submitted for this test to be accredited at our UKAS assessment in October 2018.

on Monday, 09 January 2017. Posted in Biochemistry

The laboratories at HEFT are changing the way we diagnose H. pylori infections. Urease breath tests (UBT) and blood tests (helicobacter serology) will no longer be available from our laboratories with immediate effect. These tests are being replaced with a Stool Antigen Test (SAT).

Guidance released in 2012 on the management of H. pylori (Management of Helicobacter pylori infection—the Maastricht IV/ Florence Consensus Report) indicates that the SAT is equivalent to UBT in terms of diagnostic performance and does not require a hospital appointment like UBT. Helicobacter serology is also not recommended by updated PHE guidelines for most patients (PHE H. pylori guideline).

The stool antigen is reliable for both diagnosis and post eradication testing, provided the patient has avoided PPIs for 2 weeks and antibiotics for 4 weeks prior to sample collection.

A stool sample is required and samples must arrive in the laboratory within 48 hours of collection. Patients should be advised to bring the properly labelled stool sample in a blue topped sample pot (picture below) to the GP surgery or laboratory reception as soon as possible after collection, ideally same day or next morning.

If you have any queries relating to this notice, please do not hesitate to contact us:

Please be advised that the TOSOH G8 analyser that performs Haemaglobinopathy screening has been upgraded and replaced with TOSOH G11 analysers and therefore this test now falls outside of our scope of accreditation to ISO 15189:2012 as assessed by UKAS.  UKAS have been informed and assessment of the upgraded instrumentation will take place in the upcoming UKAS assessment in December 2022.

Due to supply issues there has been a change to the manufacturer of our malaria antigen kits effective from 26/08/2022 . The new test kit has been verified and awaiting ISO accreditation at our next UKAS visit between November - December 2022.

Please note  this test currently is not UKAS accredited

on Friday, 10 September 2021. Posted in Haematology

Due to the reconfiguration of Clinical Haematology all Haematology malignancy flow cytometry work will be transferred over the Midlands Integrated Reporting for Haemato-Oncology (MIHRO) based at the University of Birmingham Medical School. This change is expected to commence June 2021. The service at Heartlands will continue to run non-malignant flow work  such as FMH, PNH and CD34 count requests.

Direct Oral Anticoagulants (DOACs) are a relatively new class of anticoagulants that have several advantages over traditional anticoagulation agents such as Warfarin. This includes rapid onset of action, few drug interactions and predictable pharmacokinetics which result in no requirement for routine laboratory monitoring. As a result, the use of DOAC’s in clinical practice has grown. The DOAC’s are problematic for the laboratory as they have been reported to interfere with most coagulation tests to varying degrees.

Currently when testing a patient for a thrombophilia a patient is required to be free from anticoagulation to obtain a valid result, however due to the risk of thrombosis these patients are also required to be anticoagulated. This paradox is problematic for both the laboratory and the clinician.

DOAC-Stop tablets can be used to efficiently remove all types of DOACs including dabigatran, apixaban, rivaroxaban and edoxaban, from test plasmas with minimal effect on plasma proteins involved in the clotting mechanism. This will allow clinicians to get an accurate result while the patient is anticoagulated with a DOAC, preventing the need for cessation for an accurate result and therefore reducing the risk of thrombosis.

If you are requesting a thrombophilia or lupus anticoagulant screen and your patient is on a DOAC, please state clearly on the request form, together with which anticoagulant, so DOAC Stop can be applied.

From Monday 17th June the Biochemistry phone limits at Heartlands/Good Hope and Solihull will change (see table below).  The new limits are already in place on the Queen Elizabeth site and so we will now be phoning the same results across all sites.   The new limits reflect changes to the Royal College of Pathologists guidance.

Changes in Renin and Aldosterone Service

on Thursday, 01 March 2018. Posted in Biochemistry

Due to difficulties in obtaining sufficient kit supplies for our Renin workload, it is with regret that we will no longer be able to offer the measurement of Renin, and subsequently Aldosterone , from this laboratory.

We have been working closely with our colleagues at University Hospital Birmingham (UHB) and will be sending work there from the 28/2/2018. The Renin assay provided by UHB is an Immunoassay method (IDS iSYS) for renin mass with reference ranges comparable to the ones used at Heartlands.  See attached information.  The aldosterone method is a comparable assay by LC/MSMS.

The aldosterone assay is in essence identical to the one used at Heartlands. It is a mass spec method and should have the same characteristics. The http://www.heftpathology.com/item/aldosterone.html information should be applicable.

There will be a slight change in the ratio cut offs used to take into account the renin method. We will be using the Endocrine guidelines ranges and use the 91 cut off with and Aldosterone greater than 750 as a “screen” positive interpretation. This is taken from the Endocrine guidelines on the investigation of Conns. https://academic.oup.com/jcem/article/93/9/3266/2596343

Over the weekend of 8-9 July 2017 there was a failure of the air conditioning in the laboratory that performs HbA1c analysis. As a result the samples were exposed to unprecedented temperatures that ultimately affected the stability of the glycated haemoglobin in these samples.

These samples have unfortunately had to be deemed unsuitable for analysis.

We apologies for the inconvenience to anyone affected by this incident and have put steps in place to prevent this happening again.

If you have any further queries about this incident, please don’t hesitate to contact us.